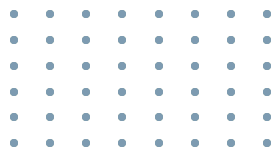 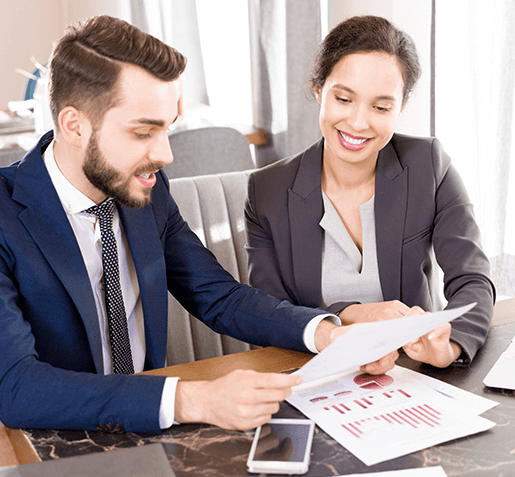 We give you the advice that matters

Let our experience be your guide. 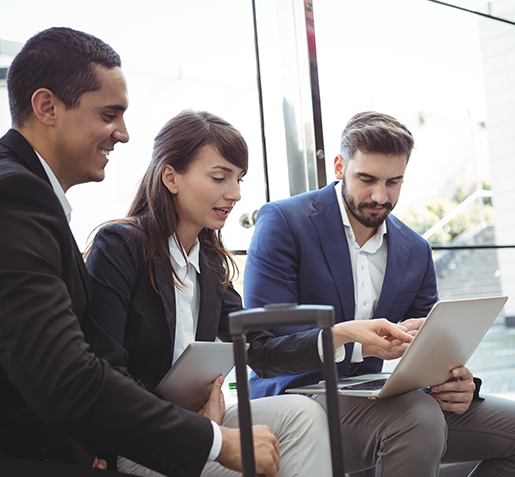 We have the expertise you need

For the best possible outcomes. 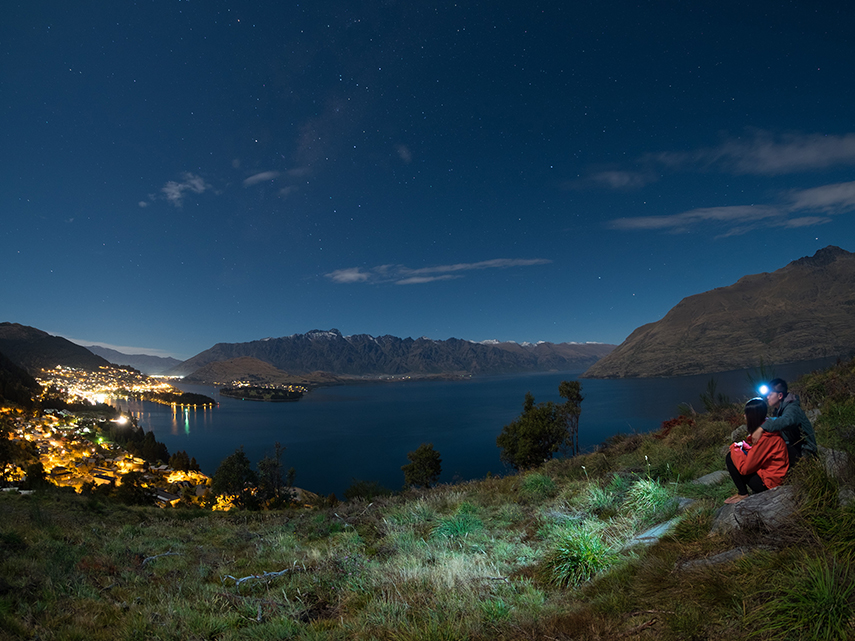 We provide the widest range of

To live in New Zealand permanently, you need a resident visa.

There are a range of visas that allow you to work in New Zealand.

You may apply for a visa based on your relationship with your partner.

You may gain residence in New Zealand by doing investment.

Please contact us if your lawful stay in New Zealand has become complex. 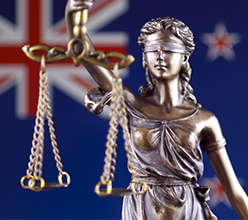 We assess your immigration situation, establish eligibility, gather information, identify barriers, evaluate options, give advice, and then represent you throughout the immigration application process in a professional, ethical and responsible manner to ensure the best possible outcome.

We approach our clients on multiple and contemporary platforms to connect and gather information for evaluation in the context of the interest shown. We then proceed to assess the eligibility of our client against the assessment criteria as laid out within the related immigration instructions. We demystify the immigration instructions and assist our client in exploring options. On having helped our client in selecting the best option, we prepare the submissions along with the documentary evidence provided by the client with the sole purpose of getting a positive outcome on the application.

To honour our commitment to providing you with the best immigration advice at a fair and reasonable price, we have put into practice this specific process that has emerged out of combined more than 50 years of experience in the immigration industry. 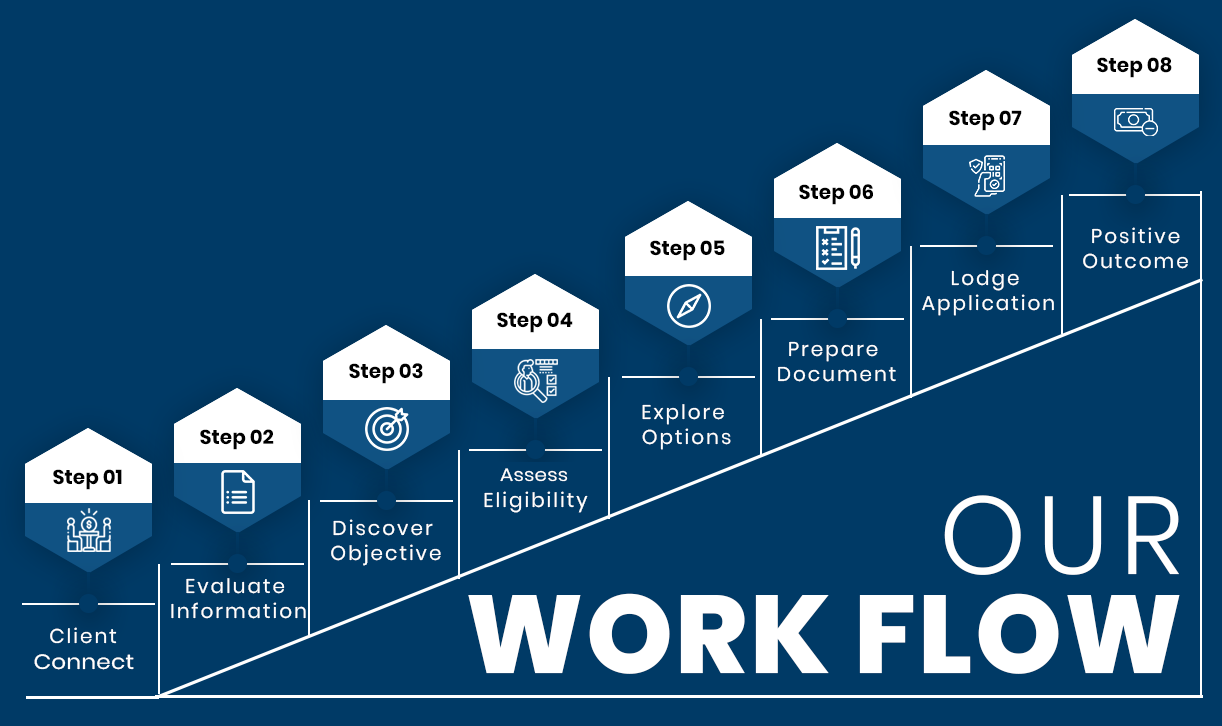 We are licensed to provide immigration advice because we have met the requirements set out in the Immigration Adviser Competency Standards 2016 and have the knowledge of New Zealand Immigration law and instructions.

We thrive on our mission to provide you with the best professional immigration advice at a fair and reasonable price. Our cornerstones of working are client centricity, passion, seamless service and customised immigration advice.

The Immigration Act 2009 is the fundamental source of New Zealand immigration law, which provides the necessary framework to INZ to manage immigration.

The licensing regime in New Zealand is overseen by the Immigration Advisers Authority (IAA), which uses competency standards and a code of conduct to set and monitor standards for licensed immigration advisers.

This Act aims to protect consumers and enhance New Zealand’s reputation as a destination for migrants. The Act requires people who give New Zealand immigration advice to be licensed, unless they’re exempt from licensing. 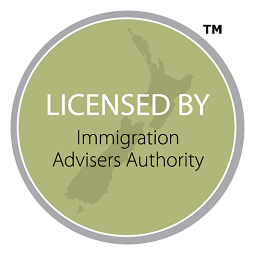 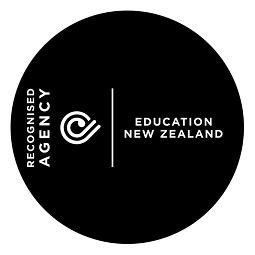 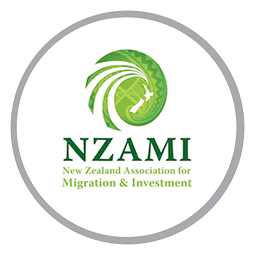 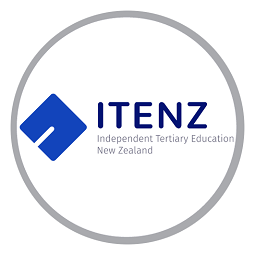 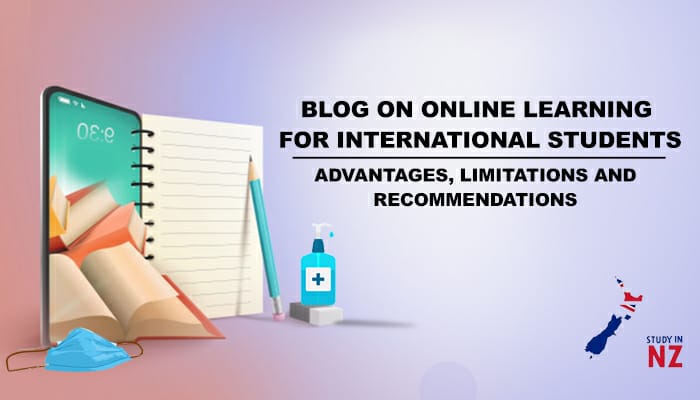 As the world scrambles to lay their hands on COVID-19 vaccine – online learning as an outcome... 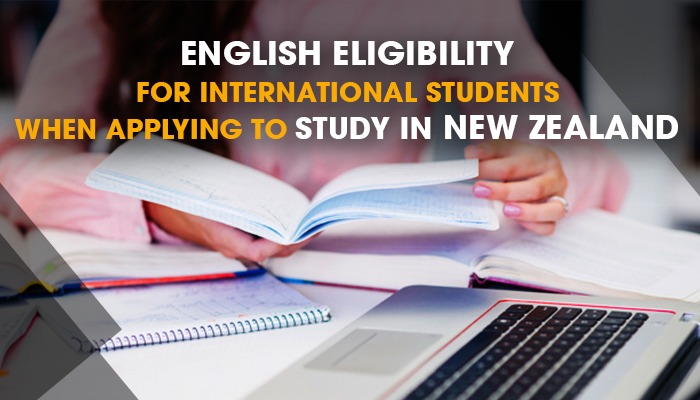 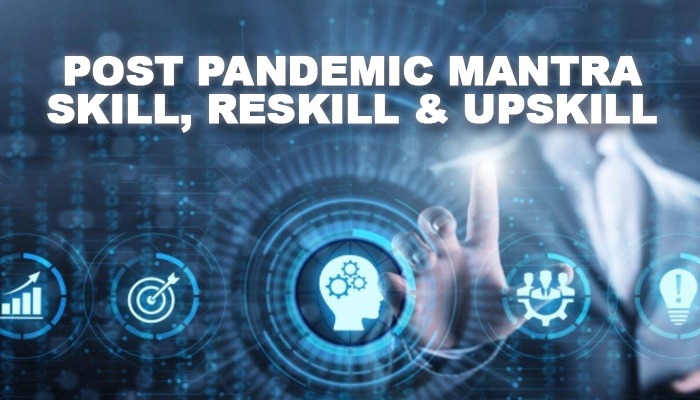 No one had ever thought that a time would come when the whole world would come to... 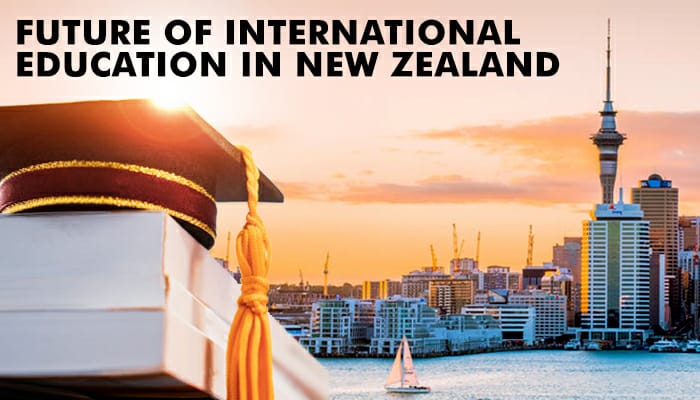 PANDEMIC.. this word has created uncertainty all over the world. People are struggling to adapt to its... 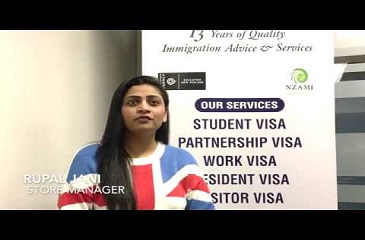 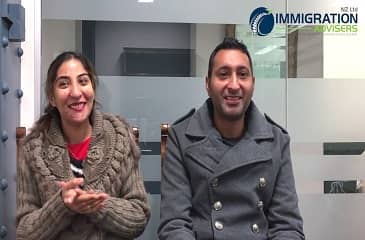 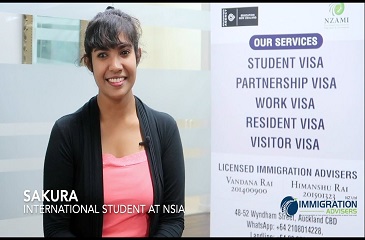 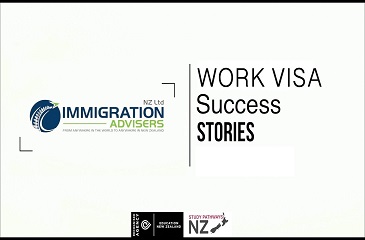 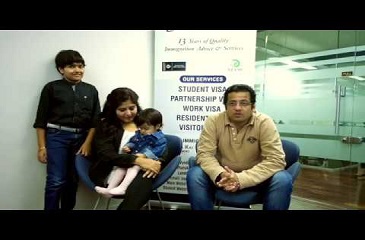 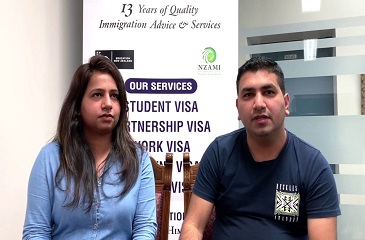 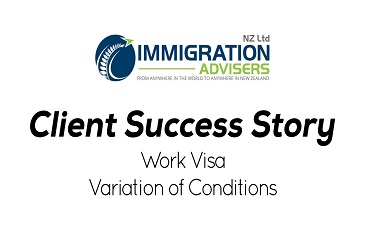 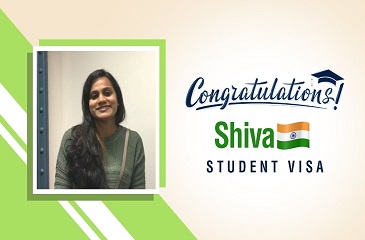 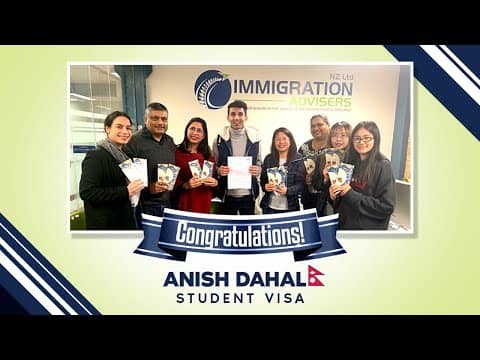 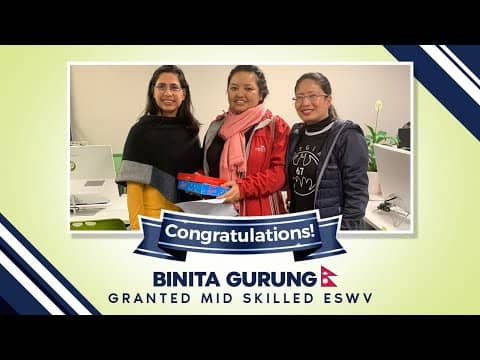 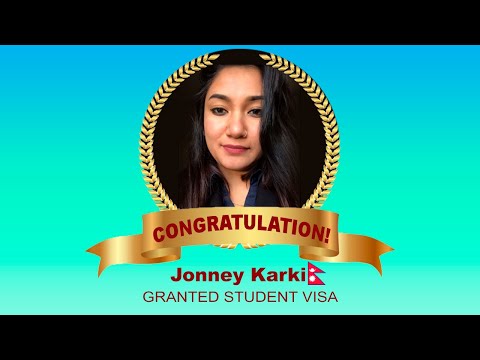 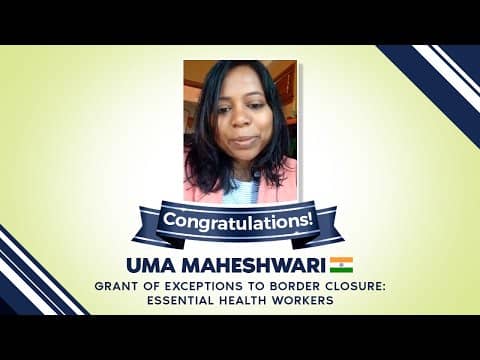 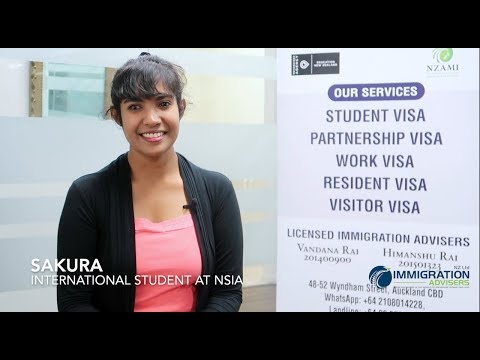 Breach Of Work Rights While On Student Visa

Thanisha arrived in New Zealand from Sri Lanka as an international student on a first-time student visa to pursue her chosen course. Although she became eligible for her Post Study Work Visa after completing her course, she wanted to upskill herself further. Accordingly, she decided to enrol herself for another course. Ho

Being Unlawful to Resident Visa in Six Months

Kalauni applied for her resident visa by herself, as she thought it would be easy and she was sure that she understood the requirements of Immigration New Zealand. However, things changed drastically when her application was returned by Immigration New Zealand due to failed lodgement, and meanwhile, her visa too expired ren

Alice is originally from the UK and was in New Zealand on a Temporary Work Visa. While in New Zealand, she got into a relationship with John, who is a New Zealand citizen. John is a passionate sailor and lives on a boat. So, Alice too moved in with John on his boat, and they happily started living together. Alice then lo

This is the case study of Ayush who started his academic journey in September 2014 in New Zealand. Ayush came to New Zealand on a student visa to study for a two year Diploma in Computer Network Engineering. He finished his first year with flying colours, and excellent attendance record. Soon after he enrolled to complet

This case required in-depth knowledge and correct interpretation of New Zealand Immigration Instructions and Immigration Law in order to get a character waiver request approved. Vishwajeetisan Indian national who during his stay in New Zealand was once caught for drunk driving. At that stage, he took the incident lightly

Simarjit Kaur, from Punjab, India was studying in New Zealand on a student visa. As the learning environment here was totally different from that of India, shefound it extremely hard to cope up with her studies.As a result, she failed in a few subjects. Her health also suffered due to the stress related issues, which affect

Grant of Partnership Based Work Visa

My name is Luiz Gustavo,and I am from Brazil. I came to New Zealand on student visa in September 2016 to study English (Level 3). I am a doctor by profession. After I finished my English studies, I wanted to apply for a student visa but I came across a good opportunity to do some volunteer work, which I thought I should do

My name is Simran Kaur from India, and I came to study, work and live in New Zealand in 2016. I completed my Level 7 Diploma and after availing of my Post Study Work Visa (Open), decided to apply for Post Study Work Visa (Employer Assisted), I did not know that it would be so difficult, because I got a concern letter from I

I am Kyung Mi from South Korea and I became unlawful in New Zealand when my Partnership Based Temporary Entry Application that was being processed in Immigration, got declined. After careful consideration of my surrounding circumstances Vandana Rai lodged my Section 61 Request, which was granted by the Immigration in a m

This case required an in-depth knowledge and correct interpretation of New Zealand Immigration Instructions and Immigration Law in order to get a character waiver request approved. Vishwajeetisan Indian national who during his stay in New Zealandwas once caught for drunk driving. At that stage, he took the incident light