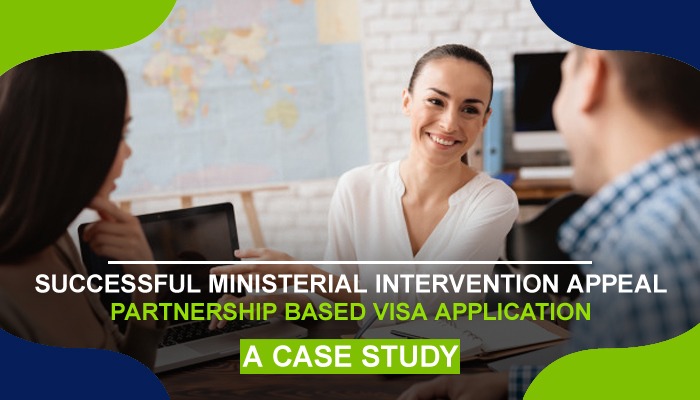 Raman Singh (name changed) first arrived in New Zealand from India on a student visa in 2017. After two years, he became friends with Karen (name changed). Karen is a New Zealand citizen but originally from the Pacific islands.

As time passed, the friendship turned into a relationship. Raman and Karen enjoyed each other’s company and begun seeing their future together. They soon decided to move in together to spend more time with each other. The relationship became strong with time. The couple enjoyed every moment of the time spent together. The living together in due course resulted in Karen becoming pregnant. Karen soon gave birth to Raman Singh’s child.

As Raman’s open work visa was about to expire, he decided to lodge a partnership-based work visa with Immigration New Zealand (INZ). INZ took a long time to process and give a decision on the application. Unfortunately, INZ decided to decline their partnership based visa application. The decision of INZ to reject the visa application was based on a telephonic interview. This telephonic interview was conducted with Raman’s parents, who were based in India.

When Raman and Karen came to our Auckland office, they met Vandana Rai, Senior Licensed Immigration Adviser. Vandana met them and realised that they were distraught with despair. To them all seemed lost and they feared for their childs future.

Vandana Rai and her team of Licensed Immigration Advisers carefully reviewed the INZ decline letter. The next step they decided to take was to request for the client file notes from INZ under the Official Information Act (OIA). When the client notes arrived from INZ, some flaws and shortcomings in the assessment process during the assessment of the visa application were noted.

As part of the process, a Section 61 request was submitted. In the submision all the details of the couple’s genuine and stable relationship were provided. The advocacy submitted as part of Section 61 Request highlighted the flaws in the assessment process. Unfortunately, INZ decided to decline the Section 61 Request too.

The intercultural relationships between a temporary visa holder, and a New Zealand resident/citizen are still looked at with a lot of suspicion by INZ. At times they may even overlook the compelling documentary evidence provided to prove the genuineness of the relationship. In this case, the couple had provided sufficient evidence to demonstrate that they were in a genuine and stable relationship. However, it was disappointing to see the application still being declined. Raman lost all hope and started thinking about going back to India. It was his newborn child who gave him strength, and he decided to approach Vandana Rai for the Ministerial Appeal.

Vandana Rai and her team were determined to help the client and decided to seek Ministerial Intervention in this matter. The team prepared detailed submissions and sent the same to the Minister of Immigration. Vandana Rai ensured that the advocacy was meticulous, well supported and explained all available information supported by documentation. The well prepared submission was then made to the Minister’s office. After reviewing the submissions, the Minister decided to grant an open work visa under Section 61 to Raman Singh.

The positive outcome of this Ministerial Appeal highlights the importance of strong advocacy which comes with knowledge ,competence and experience. INZ sometimes may not act as per the principles of fairness, and natural justice and the process can take its toll on applicants.

This is where the skills and expertise and character of an experienced licensed immigration adviser play a vital role. In this instance, Vandana Rai did not give up on her client and persevered in trying all possible avenues in helping her client obtain a visa.

The couple is happy to have finally been able to obtain a New Zealand work visa for Raman Singh. Karen is glad and relieved that the family can continue to stay together in New Zealand. A partnership based residence visa application for Raman is currently under process and is progressing well.