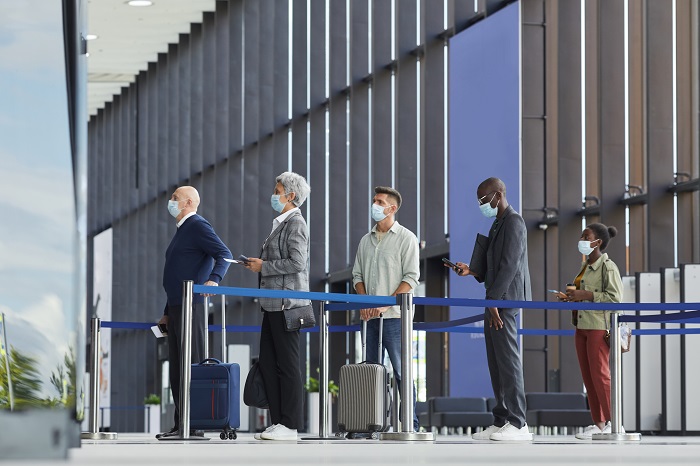 In March 2020 New Zealand shut its borders to the rest of the world in order to prevent the spread of the Covid 19 pandemic and safeguard its citizens. Entry into New Zealand has been strictly controlled since then. Stringent border restriction shave affected the flow of migrants into the country thus affecting businesses & industries. Migrants already in New Zealand have had to face numerous visa related challenges, causing them a lot of distress and family & friends have been separated.

On 12 August 2022, the New Zealand Government announced a plan to slowly open up New Zealand to the rest of the world.

Up till now, it was mandatory for anyone entering New Zealand to use the mandatory quarantine facility called Managed Isolation and Quarantine (MIQ). The plan now is to test self-isolation instead of MIQ for vaccinated people. A new border system based on low, medium and high-risk assessment will start from early 2022.

From 1 September 2021, vaccinations will be made available to all age groups. Also, the gap between the first and second doses will be increased from three weeks to six weeks. People will be expected to wear masks and there will be QR code scanning at higher alert levels.

The Skegg report on reconnecting New Zealand to the rest of the world was based on work done by public health specialists and it recommends full vaccine rollout to start opening up to the outside world.

A four-step plan has been announced for border management. New Zealand Prime Minister Jacinda Ardern has stated that the Government will try to vaccinate as many people as possible in the second half of 2021 and start trials for vaccinated people isolating at home instead of at MIQ facilities.

The new system requires pre-departure tests and further testing for people coming into New Zealand with the need to speed up vaccination rollout.

Arden has stated ‘’Which pathway a traveller takes will be based on the risk associated with where they are coming from and their vaccination status.’’ Ardern wants everyone to be at least partially vaccinated to reduce the risk of the Delta variant entering the country.

The first step, of the four-step plan, is the current situation with an immediate response and targeted vaccinations. The second step is vaccinating more people and trialling self-isolation & other measures. The third stage includes individual risk- based border assessment with lockdowns less likely. The fourth stage will have vaccinated travellers eligible for quarantine-free travel after returning a negative test.

Arden has praised New Zealand’s response to the notorious Covid 19 pandemic because of which they had minimal cases compared to other worse hit countries.